My story: a brief introduction

October 8, 2018, isn’t a day most people would remember. But it’s the day I began obsessively searching the Internet for an answer to a seemingly simple question: where could I go to escape the worst impacts of climate change? The search started out simple, but I quickly realized the question was quite complex. It wasn’t just a matter of picking a country or a region on the map and then moving there.

The question of where to move raised other questions, and those launched me into a deep research project. It wasn’t just climate maps and studies on sea level rise I was looking at. My search quickly grew into a quest to figure out not just what regions or countries would be insulated from climate change, but which small towns and communities would be. My definition of a haven from climate change began to expand, until I was formulating theories of community resilience, recognizing that simply buying an off-grid cabin in the woods somewhere would disconnect me from the social qualities which make humanity resilient in the first place.

At times I admit I became a little apocalyptic, especially once I began to think through the second order effects of climate change, including mass migrations, destabilized governments, economic depression, and war. Yet I was motivated by a desire for something, not just security for me and my family, but a kind of connectedness, a place where I might know my neighbors, where I might begin to focus on the things most important to me.

In truth, I had been searching for a place like this for years. Somewhere outside my urban row-house on the outskirts of Washington DC, I would think, I should buy a second home where my family can come visit, where my son can spend Summers, where I can retreat from the always-on intensity of the city, and where I could go when things, the climate, the world, got bad. A place I would keep as an insurance policy against decades of turmoil.

So, what happened on October 8, 2018? The United Nations’ Intergovernmental Panel on Climate Change, the IPCC, released its report about what would happen if global temperature was allowed to rise just 1.5 degrees Celsius.

The 2018 report was a watershed moment for the public’s conception of climate change — or at least, it should have been. It was for me.

It was the first time scientists — the IPCC represents an international global consensus — got real about their warnings. Past reports had tried hard to remain optimistic. After all, when you’re trying to deliver a consensus opinion about how bad it is, the tendency is to water down the most serious claims.

This time was different. Headlines around the world repeated the IPCC report's central claim: we had 12 years to avert climate catastrophe.

What was needed? Governments around the world needed to make "rapid, far-reaching and unprecedented changes in all aspects of society" the report advised.

The moderation which had so characterized the global scientific consensus was gone. In its place, they were sounding the alarm as clearly and as loudly as they knew how.

From activism to personal action

The 2018 report gave life to a new generation of climate activists, and I rooted for them. Yet, I’d been here before. I’d been a journalist when Al Gore’s An Inconvenient Truth had come out, in 2006. It was in some ways my generation’s own wake up call — and though it woke up some people, it also woke up a denialist opposition movement.

In 2007 I left the newspaper and joined a DC nonprofit that invested in renewable energy and reforestation projects. Then I went to work on a campaign to elect an environmentalist Congressperson to an empty Senate seat in New Mexico (he won). After that, in 2009, I joined Alliance for Climate Protection, founded by Gore and dedicated to pressuring the Senate to enact strong climate legislation.

We failed. But I wasn’t quite done. In 2010, I joined an international think tank dedicated to pushing out climate research. Its annual “State of the World” report was read by lawmakers throughout the U.S. and by policy makers in dozens of countries. Our goal was to say what the problems were, and also what the solutions could be.

One day, the staff was called into the main conference room and given the news: the organization was nearly broke. They weren’t sure if they could meet payroll that month, and we should all consider looking for work elsewhere.

That was my last job in climate advocacy. Eight years later, I was in no mood to get all idealistic again.

I was, however, in the mood to take personal action, but this time not in the pages of a policy journal, or in a letter to the editor. Not by recycling more or buying an electric vehicle. What I needed, this time, was to get real about what was going to happen to the world. In essence, I needed to properly take my head out of the sand, and go north.

You probably need to move

That’s what all of us need to do, actually: go north.

You, of course, are welcome to keep your head in the sand, and trust the climate activists and the politicians to fix everything in time (or I suppose Elon Musk could always save us). We’ve got nine years left and counting, remember, out of the 12 the IPCC said we had left. Things could change: but if they do, it'll be change over decades. Meanwhile, many of the changes coming to the climate are already baked in.

What you need to do is the thing no politician is willing to tell you to do: move.

And it's not just you. Millions (likely tens or hundreds of millions) of people around the world will have to move. Away from oceans, away from rivers that will flood, away from forests that will burn, away from heat waves which will kill, away from hurricanes, away from droughts, and away from the civil unrest and civil wars which will be caused by all these effects.

Though I’d been searching for a property for a long time when the IPCC report came out, I hadn’t been searching with climate change in mind. I had been looking for a home for me and my family, one close to the outdoors, ideally so that I could rock climb and hike. The report changed my thinking.

On top of what I’d been looking for previously, I gave new urgency to ensuring that whatever I bought was in a region, in a community, insulated from climate change. This site is the story of that search, what I learned along the way, and my advice for helping others who want to invest for the future like I did.

So, what is a climate haven and how do you start to look for one? That’s the subject of my next post. 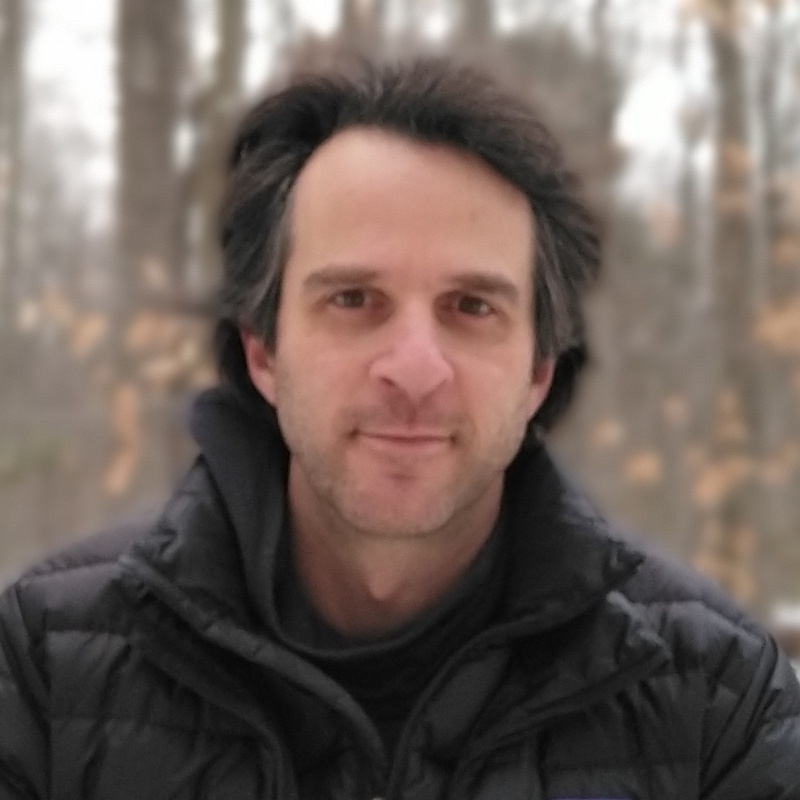 My name is Russell. In 2019, I bought a house in the mountains of Central New Hampshire, near a premiere climbing area and on Main Street of a tight-knit community. It was the conclusion of a years-long, global search for a climate resilient property. I wanted to buy a place not just for me and my son, but for my extended family and friends. One that would last for ages, even through the challenges brought by climate change. I started Climate Haven Real Estate to share what I learned with you, and to help you find not just a home and a community, but a climate resilient property that will provide a haven for years to come.

My Story
Shopping for a home: topophilia and the love of place
Everyone needs to find a property that will serve as a haven for climate change for themselves and their family. But your love of place can help anchor that search.

Russell Max Simon
My Story
My story: a brief introduction
The story of why I began a global search for a climate haven — a search that quickly grew into a much larger quest.

Thank you! Your submission has been received!

Oops! Something went wrong while submitting the form